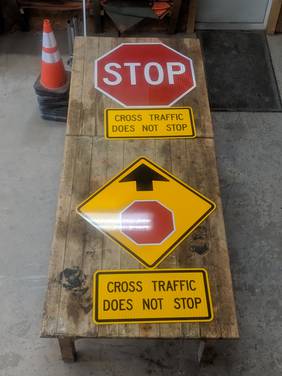 Helena – The traffic pattern at the intersection of Applegate and Norris in the Helena North Valley will change on Wednesday, October 2. Stop signs will be placed on Applegate and removed from Norris.

Lewis and Clark County hired a consultant to conduct a traffic study in September. The study found the average daily traffic as follows:

Temporary traffic revision signs to notify drivers of the change will be placed on the road before drivers reach the intersection. Permanent signage will also read “Cross Traffic Does Not Stop.”