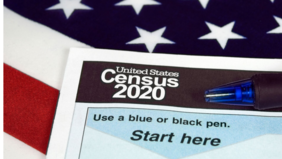 Helena – A United States Census 2020 Complete Count Committee has been established in Lewis and Clark County and includes a network of community leaders, including representatives from the County, Cities of Helena and East Helena, and various for-profit and non-profit organizations.

Complete Count Committees ensure everyone knows the census is coming so they and their neighbors are counted once, only once, and in the right place. Committees may host promotional events, display census information in government buildings, include census messages in correspondence and network with community leaders to ensure everyone is involved.

“It is incredibly important we reach everyone, including the difficult to reach populations in our community,” said Andy Hunthausen, Lewis and Clark County Commissioner and Co-Chair of the Complete County Committee. “This group of people have begun meeting to discuss a charter and path forward for making sure that our residents get the information they need to ensure they are counted.”

The census officially begins on April 1, 2020 and for the first time ever will have an online option, which will make filling out the form safe and easy for many Montana residents. In mid-March, people can begin filling out their census online or over the phone before the official event begins in early April. People can also respond by phone or by paper. While packets do not get sent to PO boxes, they will be dropped off to individual housing units in April and May 2020.

The U.S. Constitution requires a census every 10 years. The first was conducted in 1790. It covers the entire country and everyone living here. Each person counted results in approximately $2000 per year or $20,000 per decade to state and local governments.

Census data are used in many ways. It determines how more than $675 million in federal funding is spent, supporting state, county and community’s vital programs. The results are used to reapportion the House of Representatives, determining how many seats each state gets. After each census, state officials use the results to redraw the boundaries of their congressional and state legislative districts, adapting to population shifts.

The Census Bureau is also hiring partnership staff to engage with communities and hard-to-count populations. For more information on working for Census 2020, visit 2020census.gov/jobs.