Take the survey at:

How the Census Bureau Protects Your Data

Current census information on the Lewis and Clark County 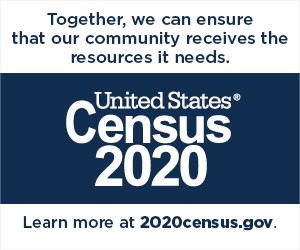 Article I, Section II of the U.S. Constitution mandates a population count of the U.S. every 10 years.

The U.S. Census Bureau conducts a census to count every resident in the United States. The census is conducted in years ending in zero, and the reference day for the next census will be April 1, 2020 - Census Day. In 2020, three modes of response are being offered so everyone will be able to respond the way they prefer: either through the Internet, or over the phone, or by returning a paper questionnaire.

The data collected by the decennial census are used in a wide variety of ways including to determines how more than $675 million in federal funding is spent and to determine the number of seats each state has in the U.S. House of Representatives. The first U.S. census was in 1790.

It is extremely important everyone be counted.

In the reapportionment following the 1990 census, Montana lost one of its two seats. The 2020 Census offers Montana the ability to regain the lost seat and again have two federal representatives from Montana.

The 2020 Census officially begins on April 1, 2020 and packets will be mailed to those who receive mail at their primary residence address.

While packets do not get sent to residents with PO Boxes only, they will be dropped off to individual housing units in April and May 2020.